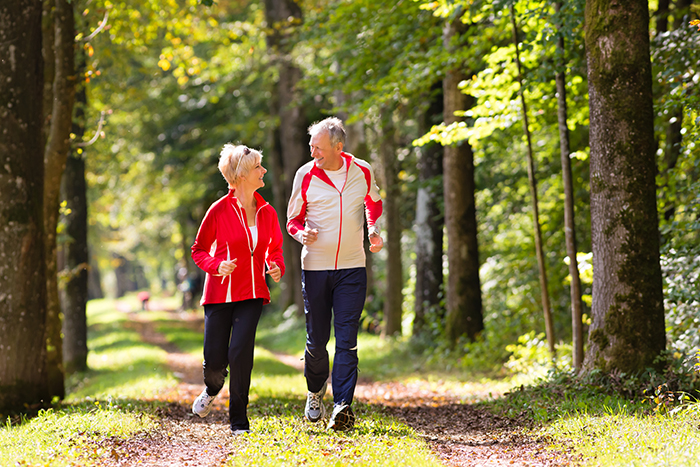 The Baby Boomers, born after World War II, are the largest generation in United States history. The last of them turns 55 in 2019. With their children grown and in their own homes, Boomers are entering an era in which they can do what they please. They are retiring or scaling back on full-time work and it’s their time in the sun. Literally.

They feel they’ve earned the right to live in a climate that’s easier on both body and soul. In line with that, active adult communities have exploded in Florida, Arizona, Nevada, California and Texas. The permanent vacation vibe of that climate is reinforced by the plethora of activities and amenities available to service this vibrant, energetic demographic. They may be getting older, but as the first generation of Americans to embrace the fitness craze and eating with longevity and well-being in mind, the Baby Boomers (and Generation X on their heels) are not planning to sit out their golden years in a rocking chair.

“I call them over-active adult communities!” laughed Ron Capitena, a regional director of active-adult communities for FirstService Residential in Florida. “The energy of the residents in our communities is just astounding.”

Who are the residents of active adult communities? “In Florida, about 25 to 30 percent of them are still working, sometimes embarking on a second career,” Capitena said. “Twenty-five percent of our residents are snowbirds. Some residents still maintain a second home up north, but it’s likely to be used as a vacation home, when they want to go see the kids and grandkids.”

Kirk Kowieski, vice president for FirstService Residential in Arizona, said that he sees a slightly different demographic in the active adult communities there. “About 10 to 15 percent of our active adult community residents are still working, and we have about 85 percent who are fully retired. I’d say about two-thirds of them return home in the summer and one-third stay here all year long.”

Koweiski said that the Arizona active adult population is mostly from the Midwest: Iowa, Minnesota, Wisconsin and Illinois. They also have a high population of Canadian residents and winter visitors, to the point that two of the communities FirstService Residential manages fly Canadian flags on property along with the American flag.

What can people expect at an active-adult community, formerly known as “55 and over” communities? “Anything and everything!” Capitena said. “There are clubs for anything you can think of – sports leagues, sports tournaments, fitness centers, clubhouses, golf courses, travel opportunities and more.” A few of the more unusual offerings include woodworking and carpentry studios, gem and stone collecting clubs, classes and studios for working with stained glass as well as ceramics and clay, a photo lab and darkroom, domino clubs, wine clubs, sportsman’s clubs for gun collectors and karaoke clubs.

That large Midwestern population in Arizona’s active adult communities has resulted in a heartwarming group of organizations: state clubs. “We have a club for Iowa, one for Minnesota, for example,” Kowieski said. “They host events where each state club gets a couple of tables for its group and it makes it easy for newcomers to find people from back home.”

Over the last decade or so, as most new buildings have moved toward luxury fixtures and premium finishes, active adult communities have followed suit. Although unit sizes have remained fairly consistent over time, builders continue to raise the bar on home interiors, offering far more options of greater quality. Clubhouses, landscaping, amenities and entryways have become more lavish as well, keeping pace with the desire for homes to be status symbols.

Capitena said that the health and wellness interests of the Baby Boomer generation means that the fitness centers are always busy. Active adult communities offer the chance to participate in plenty of physical activities outside the fitness centers as well, including water volleyball, tennis, golf, softball, and dance, to name a few. Communities compete in leagues, both formal and informal, against other communities, and schedule tournaments in tennis, golf, softball and pickleball.

According to Kowieski, pickleball is bigger than big in Arizona. “One of our clients, a property we’ve managed for 20 years, is expanding their community. They are building a second community center, and because the eight pickleball courts at the original center get so much use, the developer gifted the association with four home lots to create an additional eight courts, for 16 in total. These are lit courts, with viewing stands. It’s a real complex.” He said that the sport has such a foothold in the area that another large community is in negotiations to build a 5,000 seat pickleball stadium with the hopes of hosting national pickleball tournaments.

“In my 11 years with FirstService Residential, I’ve noticed that activity levels have increased as the communities are getting younger, both in actual age and in their approaches to and attitude toward aging,” Capitena said. “This generation takes fitness very seriously – most of the people using the fitness centers are regulars, here almost every day.”

“Changes continue in active adult communities, as the younger members of the Baby Boom move in. They’re into mobile apps, electronic voting, digital check signing and other technology that was resisted by older residents in the past,” Capitena said, noting that a much greater adoption of technology in that segment is expected in the next few years.

Kowieski agreed and said that, even further, the older residents of his Arizona communities, members of the Greatest Generation, are also getting into technology, using email and apps. He said that they want to keep up with the Baby Boomers and also be able to understand what their grandkids and great-grandkids are into. “They understand that the ways of the world are changing and they want to keep up,” he said.

Older couple outside of a single family cabin

Two active adults on bicycles outside

Two older adults running on a path in nature