Important Changes to the Condo Act 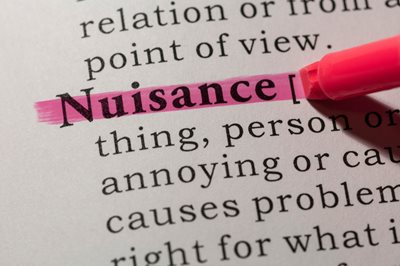 New Condo Act Changes - What They Mean for You

More amendments are coming to the Condominium Act, 1998 and they take effect on January 1, 2022. Like the modifications made in October of 2020, the new condo act changes see the jurisdiction of the Condominium Authority Tribunal (CAT) once again expanding.

What is the Condominium Authority Tribunal (CAT)?

Simply put, the CAT is an online tribunal that is dedicated to resolving and deciding condominium related disputes in Ontario. The goal of the online resolution system is to help people resolve their disputes quickly, conveniently and affordably.

What are the New Condo Act Changes?


This new set of amendments are directed towards addressing “nuisance”. Specifically, these new condo act changes will result in revisions to section 117 of the act that will prohibit a person from: The prescribed nuisances include odours, smoke, vapour, light, and vibrations and as of January 1, these issues - if they cannot be resolved collaboratively - will now be brought to the CAT.


A Closer Look at the Prescribed Nuisances

Odours
Concerns regarding unpleasant odours are a common condo issue. Living in a condo means sometimes encountering smells that can travel between units and common areas and are often caused by someone else’s behaviour or the design of the building. Examples of common odour issues that would fall within this new amendment include: Smoke & Vapour
Unwelcome smoke & vapour is a common nuisance for many condo corporations as it can easily travel between units and in shared areas. Examples of smoke and vapour issues include: Light
When unwanted or uncontrollable levels of brightness enter a unit from outside sources, issues can arise. Quality and intensity of lighting in common areas can also be cause for concern. Examples of light issues include: Noise and Vibrations
Unwanted noise or vibrations are one of the most common issues in condo communities. Often caused by someone else’s behaviour, or the design of the building, noise or vibrations may be heard and felt from neighbouring units or common areas. Examples of noise and vibration issues include: These nuisances will now fall under the jurisdiction of the CAT along with the types of disputes that were included in 2020 which were disputes related to rules that prohibit, restrict or otherwise govern pets or other animals, parking, vehicles or storage in a unit, the common elements, or the assets, if any, of the corporation.

In addition to the amendments made in 2020, two unproclaimed sections of the Condominium Act came into effect to ensure that the individuals involved with disputes that are intended to be resolved by the CAT go to the CAT to resolve their disputes, rather than to the courts, or to mediation and arbitration, as applicable.

As a condominium corporation, you will need to be prepared to defend against these types of complaints at the CAT, but there are steps that can be taken before it reaches that point. The Condominium Authority of Ontario offers a variety of resources to assist you address common complaints and navigate the process of resolving these types of issues. 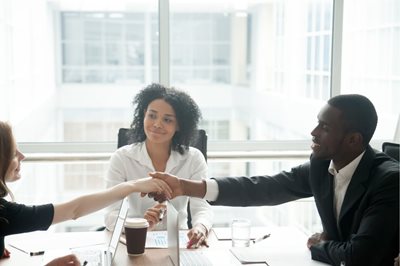 It is in everyone’s best interest to resolve common issues in a collaborative matter, the CAT should be a last resort. It’s important that all owners and occupants know the by-laws and rules of their condo corporation so they can reference them to ensure they are lodging a valid complaint. In some cases, issues may arise that fall outside of the condo’s jurisdiction so municipal by-laws may have to be reviewed. An example of something that would fall outside of a condo’s responsibilities, is excessive light coming from an offsite source.

If an owner or occupant is causing or contributing to an issue, or a complaint received from another tenant about a neighbour, the first step is to contact that person directly. They may be unaware that they are causing a nuisance so speaking to them directly may quickly solve the problem.

Should direct contact or having meetings with all parties involved not end with a solution, it may be time to look at your legal options. If a case is filled with the CAT, a notice will be delivered to all parties within a week of the filing. A negotiation would follow where all users work together to resolve the dispute. If the dispute cannot beresolved in stage one, a mediation with a CAT mediator would follow. If a solution does not come from stage two, the CAT would hold an online hearing one to two months after the initial filing.

With only a few months left before these new condo act changes take effect, now is the time to review your own corporation’s rules and by-laws so you have a better understanding of how these new prescribed nuisances may impact your community and be better prepared for addressing common issues moving forward.

Woman sitting in front of a computer reading a report

Corporation Special Assessments: How to Avoid Them