Radon: What You Need to Know

Radon is considered a serious health concern in Minnesota with the average radon level in the state being more than three time higher than the average U.S. radon level. This is caused by the state’s geology and how Minnesota homes are operated due to experiencing the different seasons and having the homes closed up and heated for a large part of the year.

In order to prevent the health risks that radon exposure can cause, it’s important to understand what radon is, where it can be found, how exposure occurs and what can be done to mitigate the problem. In this article, we breakdown what you need to know about radon because education is the first step to prevention.

Radon is a naturally formed gas resulting from a radioactive element, such as uranium, which is commonly found in rocks and soil, breaking down and travelling to other places via air and water. Radon is similar to carbon monoxide, in that it is colorless and odorless, making it indetectable by human senses.

Where is Radon Found?

Radon can be found in every country and high levels of radon have been measured in every US state. Depending on the composition of rocks and soil, the levels can drastically differ by neighborhood, city, and region. It moves through particles of soil and rock and can accumulate under the slabs and foundations of homes where it can easily enter into the living space through construction cracks and openings.

How Does Radon Exposure Occur?

Most radon exposure occurs in homes and buildings, caused by the gas entering through cracks in the foundation and floors, at construction joints, around electrical wiring, plumbing, and other openings.

Risk can also occur from exposure to certain types of building materials, especially those made from natural substances, such as wallboard and concrete. While many of these materials emit low levels of radon, this may not always be the case. For instance, higher levels of radon have been found in granite countertops in certain cases, but the EPA has said it’s doubtful these levels are higher than the levels emitted from nearby rocks and soil.

What are The Effects of Radon?

When radon gas breaks down into solid radioactive elements they can attach to dust and other small particles in the air. When that happens, they can easily be breathed into your lungs and lodge in the linings, damaging lung tissue and possibly causing lung cancer in the future. Some additional information about the effects of radon include:

How Can Radon Levels be Tested at Home?

Two types of home radon detection kits are available: short-term, which is left in place for several days, and long-term, which collects samples for at least three months, providing a more accurate result. The EPA recommends that testing be conducted in all homes and units located below the third floor – including new homes labeled as “radon-resistant.” The Minnesota Department of Health recommends that every home in the state be tested for radon.

Alternatively, you can hire a professional radon expert/company to perform the testing for you by visiting the Minnesota Department of Health.  If you live in a condominium or if your community is professionally managed, ask your property management company for a referral. 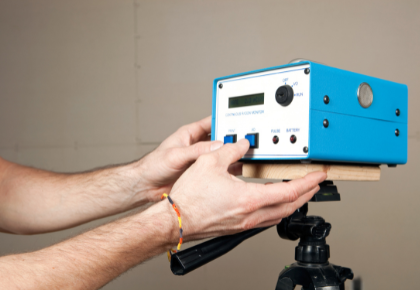 What are the Steps for Radon Mitigation?

The EPA estimates that approximately one in 15 U.S. homes has an elevated level of radon -- 4.0 picocuries per liter (pCi/L) or higher, compared to 1.3 pCi/L, the average indoor level. In Minnesota, the Department of Health estimates that two in every five Minnesota homes have high levels of radon. If you perform a short-term test that returns a high radon level, follow up with a long-term test to confirm. If the results are still high, it’s time to take steps to mitigate the problem.

Unfortunately, only sealing cracks in walls and floors is not usually enough to solve the problem. The EPA recommends hiring a qualified contractor with the right skills and experience to effectively set up the mitigation system – after all, if not handled properly, it can cause additional risks. 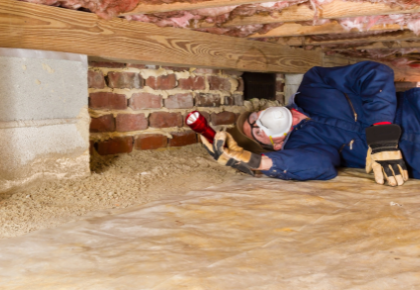 Active soil depressurization (ASD) is a proven, cost-effective and reliable technique. It collects the radon from beneath the building before it enters.

One of the most common and effective mitigation methods involves setting up a sub-slab depressurization (SSD) system.  SSD technology pulls any radon gas from the soil beneath the foundation and vents it outside via fan-powered exhaust.

How Often Should You Retest for Radon?

Minnesota’s Department of Health recommends that after initial radon testing the home be retested every two to five years. If you have added a radon mitigation system you should retest to ensure the system is working properly. You should also test before and after you make any major changes to the home including finishing a basement, adding an addition, making energy efficiency improvements like replacing windows or adding or modifying your home’s central air or heating system.