When does the Duty to Remove Snow or Ice Begin?

Generally, owners and possessors of land have a duty to maintain and repair common areas such as driveways and sidewalks to prevent slips and falls.This means unsafe conditions should be monitored and corrected. What does this mean for homeowner associations when sidewalks are covered with snow and ice? 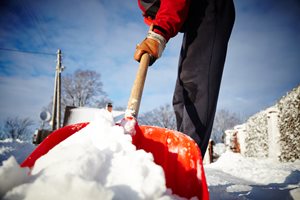 The case involved a fall during an ice storm in St. Louis.  There was no active precipitation when Colleen O'Donnell entered River City Casino. The storm began while she was inside. The casino operator knew the ice was accumulating on its walkways. Before she left the facility, the operator warned some customers of slick ice, helped some to their vehicles, and tried to protect others from falling. The operator also contacted its contractor who was responsible for treating ice. Still, the contractor hadn't arrived by the time Ms. O'Donnell slipped and fell on an icy walkway when she was leaving.

The judge dismissed her lawsuit without a trial, following nearly 70 years of legal rulings in Missouri that landowners don't have a duty to remove snow or ice that accumulates naturally and is a condition general to the community. The rationale is simple: it would be virtually impossible to perform continual care to parking lots and sidewalks as precipitation falls.  Ms. O'Donnell argued the precedent was outdated because it encourages landowners not to address dangerous snow and ice conditions.

The Missouri Court of Appeals affirmed the trial judge's decision.  The Court said (1) Ms. O'Donnell fell on naturally occurring ice while freezing rain was falling, (2) the icy conditions were consistent in the rest of the community, and (3) the casino did not change the physical condition of the ice.

The Court reaffirmed two exceptions to this long-standing rule: a property owner could be liable for injuries when it voluntarily assumes a duty to remove snow or ice either: (1) by agreement, or (2) through a course of conduct over a period of time.  For example, the outcome probably would have been different if the casino had attempted to treat ice earlier in the day or if the casino had treated ice during previous ice storms.

The "course of con 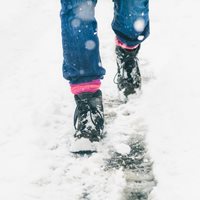 duct" exception reminds us those homeowner associations should not change snow or ice treatment specifications from year to year. Sometimes associations try to save money by contracting for snow removal when accumulation has reached three inches. Several years ago, a homeowner in a maintenance-provided community in south Kansas City suffered a severe head injury when he slipped on ice by a community mailbox.  When he was on the board of directors several years earlier, the association treated all ice in the community.  After leaving the board, the association eliminated ice removal to save money.  The Jackson County judge said a jury could decide whether the association's "course of conduct" over several years had created a duty to treat ice around the mailboxes.

The Supreme Court of Kansas reached a similar conclusion that a condominium association wasn't responsible for an injury in a parking lot covered by snow when the injured person knew the lot had not been treated. She was carrying a large tote bag in one hand and a coffee mug in another.

There's an old saying that you can't fight mother nature. But when you try, you must do it thoroughly and according to your governing documents.

Rod Hoffman - Martin Pringle, Attorneys at Law
Rod’s practice focuses on representing Missouri and Kansas homeowners associations, condominium associations, townhomes and other planned communities in day-to-day operations, including board meetings and membership meetings. He assists associations with enforcement, interpretation and amendment of governing documents including declarations, bylaws and rules, while also working to collect unpaid assessments with lien notices, lawsuits, foreclosures and bankruptcies. Additionally, he assists with budget matters, reserve funding and special assessments. He provides defense to his association clients on behalf of many insurance carriers. He advises board members about changes in laws and court decisions, including federal laws such as fair housing decisions, which affect community associations.