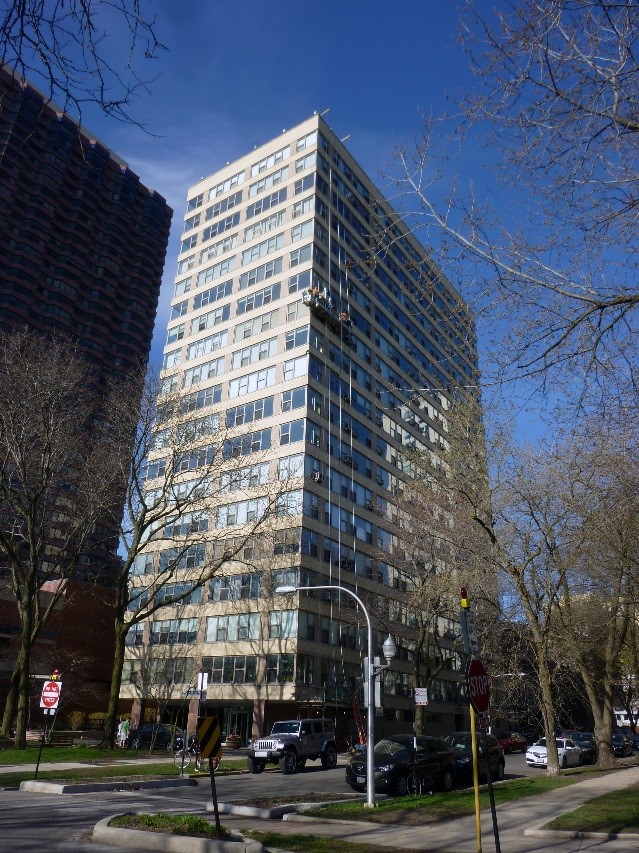 For years, the 19-Story building at 2970 North Lake Shore Drive in Chicago had water infiltration problems.  G3 Construction Group (G3) brought Full Circle Architects (FCA) to the property in late 2018 with the task of first finding the origin of the water infiltration leaks, then assisting to eliminate them through exterior wall repairs.

Our first step was to provide an evaluation of the existing conditions.  At 2970, we inspected the interior areas where water had entered the building.  Then, we visually inspected the exterior of the building from the ground and roof. G3 assisted with water testing and as a result we determined that both masonry and window repairs were necessary to prevent future leaks.

In order to evaluate the hidden conditions within the exterior walls, we made swing-stage scaffolding inspections (drops) in the two most deteriorated areas of the building.  During our initial inspections we made several wall openings.  Then, we quickly developed prototype repair methods to be used in repairing the two areas with scaffolding.  After the work was completed in these two initial areas, FCA assisted G3 in developing preliminary estimates to repair the remainder of the building.

The association selected a Contractor based on the RFP information. Then, a Pre-Construction Meeting was scheduled by G3 to discuss on-site logistics.  At the same time, FCA was busy reviewing shop drawings and product samples for the Contractor’s use.  The materials were later accepted by the Association, and then construction commenced. 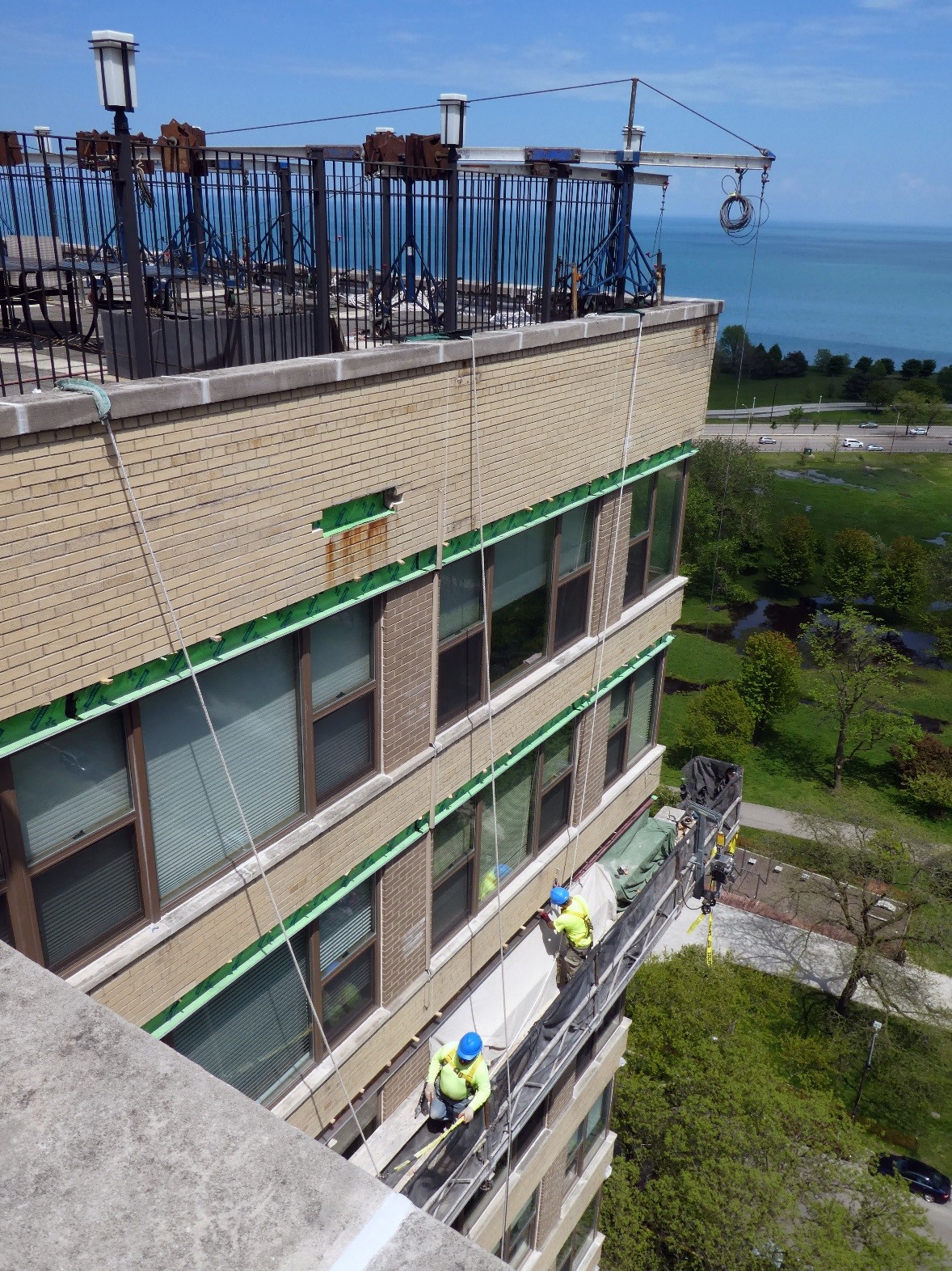 The construction went smoothly and the repairs were successful in stopping the leaking throughout the building.  Construction was completed early with no significant change orders. The substantial savings from finishing early was used to start a major roofing replacement project at the property.  Both G3 and FCA were hired again to provide services on the Association’s new project.