How to Set Snow Removal Expectations in an HOA 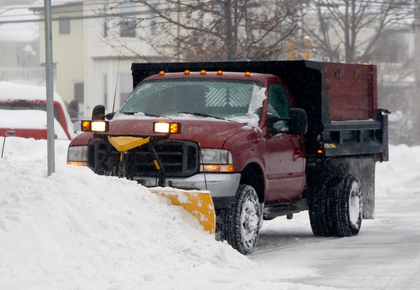 It was 5:00 AM and four inches of snow had fallen in an HOA. Residents were waking up and getting ready for work, and one sees that a snowplow has come by and just plowed the bottom of their driveways. Quick as a flash they call their property manager asking, “Why isn’t the snow plowing finished? Why didn't I get my driveway cleared?

The property manager tells them that snow plowing only starts after four inches of snow completed falling, which happened at 4am, but the resident is clearly upset. “If I had known this sooner,” he said, “I would have gotten up earlier or made other plans.”

A Perk to HOA Living

During the winter months, one of the nicest benefits of living in an HOA or community association is that someone else does the snow removal and de-icing. That benefit fades, however, when residents start wondering, “Where is the snowplow?” “When will my driveway be plowed?” “Are the sidewalks still slippery?”

Snow removal efforts can place stress on board members when residents don’t know what to expect from the snow removal company. Because many residents haven’t read the ins and outs of a snow removal contract, or even what triggers the company to start plowing, they can form unrealistic expectations and become frustrated when the service isn’t what they expect.

Experienced board members and property managers know that the key to keeping residents satisfied with the snow clearing is to communicate frequently during rough weather. When residents know under what conditions the snow plowing will start, and when the snow crews will get to their street, they can be more patient while the snow accumulates. 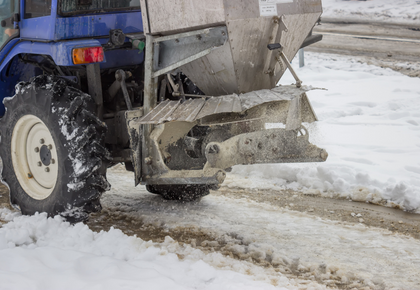 A contract for snow and ice treating will have specific terms for what is treated, and when those services will begin. These contracts can be paid per-push (each time their services are used), or season-long, once a pre-determined amount of snow has accumulated, usually 2-4 inches. This is important to communicate to residents. Snow removal and de-icing contracts can vary widely, so it’s important that residents know your plans. Often, the contract includes the application of salt or de-icing agents, but some communities supply the materials for residents to spread or share ice removal duties between the individual homeowner and the association.

Often, people expect to see the snow removal crews as soon as the snow starts falling, but this would be counterproductive. First, the crews don’t yet know how much snow will fall, so they could be plowing as little as ½ inch, then coming back later to replow. Second, any de-icing “salt” they put down early would be quickly removed the next time they come through to clear the snow.

So What are the Standard Snow Removal Practices?

If the community association has a contract with a 2-4” trigger, the snow removal crews will begin work after 2” of snow have fallen. The work will be completed 6-8 hours after the snowfall ends. If the contract has a 4” trigger, the plowing will begin after 4” of snow has fallen. In a heavy, continuous snowstorm, the crews will start clearing at their usual contracted trigger. Once they have completed the first job and the same trigger amount falls again, they will make another clearing run. Note that the work will be completed approximately six to ten hours after the snowfall has ceased. For example, if it stops snowing by midnight, residents can expect the work to be completed between 6:00 a.m. — 10:00 a.m. 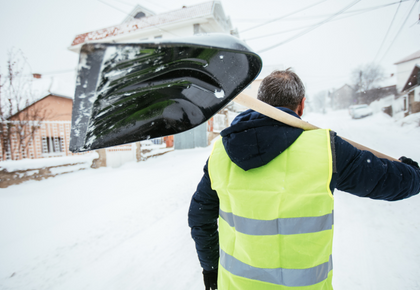 Another practice that residents should be aware of is that during heavy snows, the snow removal crew may plow just the end of driveways to begin, and then come back to complete the drive later. The part of the crew clearing walks and other areas may hand-shovel an 18” strip near the garage doors, to make the final driveway plowing easier and more effective. Once the crew has completely cleared a property, or later the next day, they usually do a final pass around the community to see if any cars have moved from parking lots so they can clear more area. Throughout the season, crews typically alternate where they begin clearing, so that one area is not snowbound longer than the rest.

How to Set Snow Removal Expectations with Homeowners

Though the above arrangements are typical snow removal practices, it is easy for misunderstandings to occur. No one wants a simple misunderstanding to turn into the perception that the association is not providing services the residents pay for. For that reason, it’s important for board members to work out a snow communication plan with their property manager.

Before winter begins, send a communication to residents with the details of the contract, including what the snow accumulation trigger is, how the crew stages the work (for example, parking lots first or roads first), and where the snow will be piled up after removing. This is a great time to set expectations that residents should try to move their cars to facilitate cleanup, or that they are responsible for spreading the de-icer salts. After setting these basic expectations, the manager can send out reminders or warnings each time a snowstorm is forecasted. This communication plan will help reduce the number of snow removal complaints and questions from residents.

FirstService Residential has a unique advantage during winter storms – its proprietary Snow Tracker system. This module of our association management software captures real-time progress reports from the actual snow crews working in a specific area. The contractors keep the system updated and detail their overall plan to clear the community. With this system, our Resident Support Services team can instantly answer residents’ questions, and FirstService Residential property managers can keep track of actual conditions at each property.

Frequently, frustrations happen when there is a mismatch between how residents expect services to be delivered, and how standard practices actually work. To help with resident safety and satisfaction, the best practice is to communicate early and often. Setting expectations and reinforcing them throughout winter keep frustrations low, even if the weather isn’t cooperating. To learn more about how to implement more effective snow removal communication plans, contact FirstService Residential Illinois.

Photo of a screen of people on a virtual meeting

Great Service: Does Your Property Manager Have What It Takes?