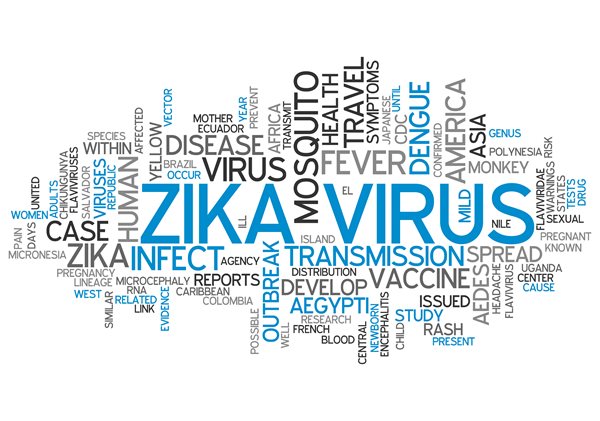 In early February, the World Health Organization declared “a public health emergency of international concern” when cases of the Zika virus began to spread through Latin America and the Caribbean. Before long, the virus arrived in Florida, which came as no surprise given the abundance of travelers from Zika-prone countries who frequent the Sunshine State and the high volume of mosquitoes that call Florida home.

At that time, and through the spring, there were no Zika cases in Florida that had been transmitted locally by mosquitoes; all Florida Zika patients had recently returned from areas known to be home to the virus. In late July, however, Florida reported four locally-transmitted Zika virus cases in the Wynwood area of Miami-Dade County, making Florida the first state to report local infections. In a matter of days, that number grew to 14 in that one-square-mile neighborhood just north of Downtown Miami. Florida health officials have since then reported that mosquitoes appear to be spreading the virus beyond that isolated area.


What is the Zika virus and how is it transmitted?

The Zika virus is a mild feverish illness primarily spread through the bite of an infected Aedus Agypti mosquito. If a mosquito bites an infected person, it can pick up the virus and spread it to others. Mosquitoes can bite up to five people in one “blood meal,” so there is certainly potential for the rapid spread of the virus through mosquito transmission. Zika can also be spread through sexual intercourse, though these cases are much smaller. Although blood donations were briefly halted in South Florida, all donated blood is now tested for Zika and supplies are considered safe, according to OneBlood, the largest supplier of blood to area hospitals.

Only about one in five people infected with the virus are symptomatic. When symptoms occur they include fever, rash, muscle and joint pain, red eyes, body aches, headaches, eye pain and vomiting. There is no specific treatment or vaccine for the Zika virus. Though mild and treatable for most people, the Zika virus can have devastating consequences for an unborn child, including the birth defect microcephaly(a birth defect in which a baby’s head is small due to an underdeveloped brain) and other neurological deficits.


Who should be tested for Zika?

Pregnant women with the aforementioned symptoms, or who work, live or have traveled to or visited the Wynwood area since June 15 – when the first local infection is believed to have occurred – should get tested for Zika. Because 80% of those infected are asymptomatic, the Centers for Disease Control (CDC) recommends that pregnant women that live or visit the area be tested even if they do not feel ill.


How do you prevent infection?

The CDC is urging people to take immediate steps to prevent mosquito bites and possible infection: Based on recommendations from the CDC and the Florida Department of Health, Miami-Dade County’s Mosquito Control Team has plans to spray insecticide in the Zika-zones in the hopes of reducing the number of adult mosquitoes in the area.

If you have any questions on how to protect yourself and your family, please refer to the information published by the Centers for Disease Control (CDC) at www.cdc.gov/zika

Here's How Your Property Management Staff Can Prepare for a Hurricane

Be Prepared with These Landscaping Safety Tips for Hurricanes